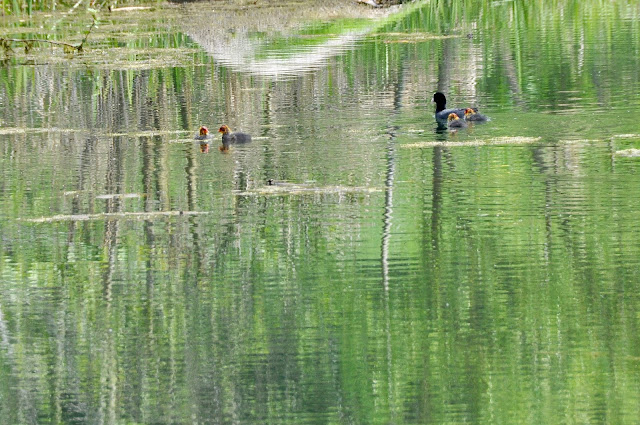 The moor hens chicks have hatched, the margins are full of tadpoles, spring is now well-progressed. 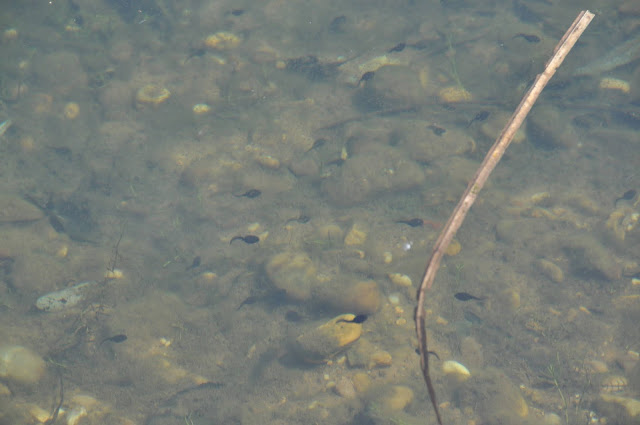 I seem to have caught the Carp fishing bug but not the three rods, spodding, bite alarm type of bug. As far as I'm concerned if I can't stalk them off the surface I am not interested. For that I need non-commercial peaceful venues preferably with quite a low stock and the Carp need to be stunning too. 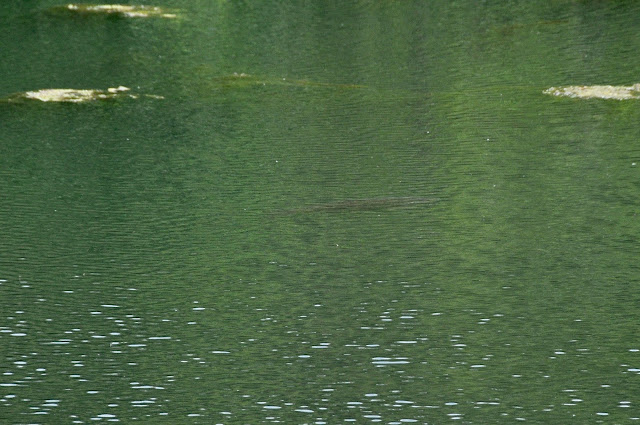 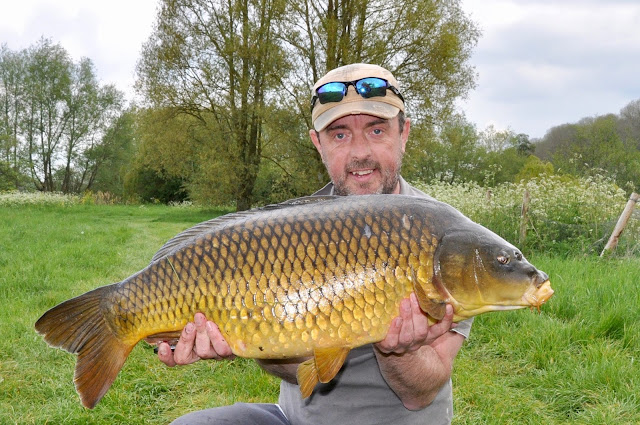 And I think you will agree it is a stunner. Getting addictive this Carp fishing lark! 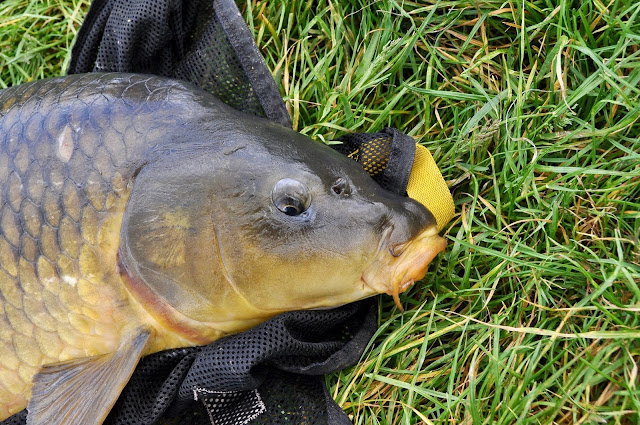 Email ThisBlogThis!Share to TwitterShare to FacebookShare to Pinterest
Labels: Carp

Not been out as much as I would like as is always the case but managed to sneak in a few short sessions.
While the weather was cold I had a couple of attempts at the Perch. Firstly at Willow Farm where I managed two smaller specimens the best going 1lb 8oz. 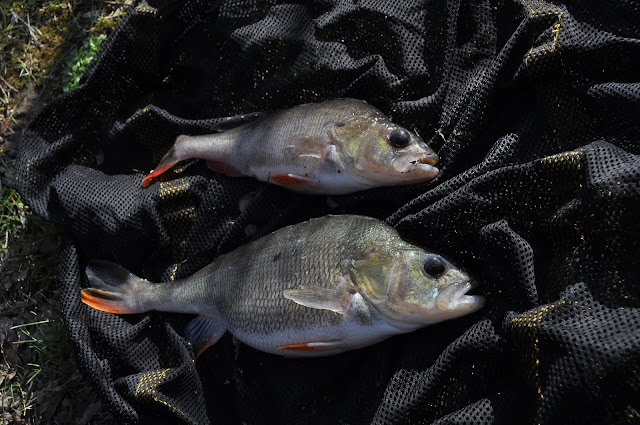 Then the next session Max joined me. The Perch did not play ball but we did manage one Carp which was fun on light tackle. 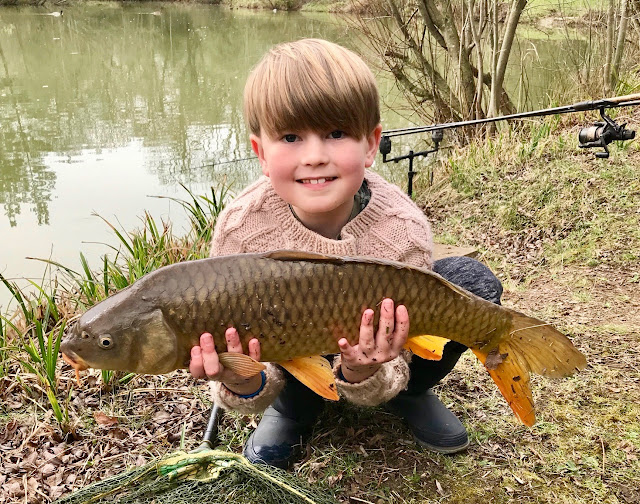 I then moved venues to try a lovely farm pond in glorious sunshine. First up was this lovely Eel that was thankfully hooked in the lip. 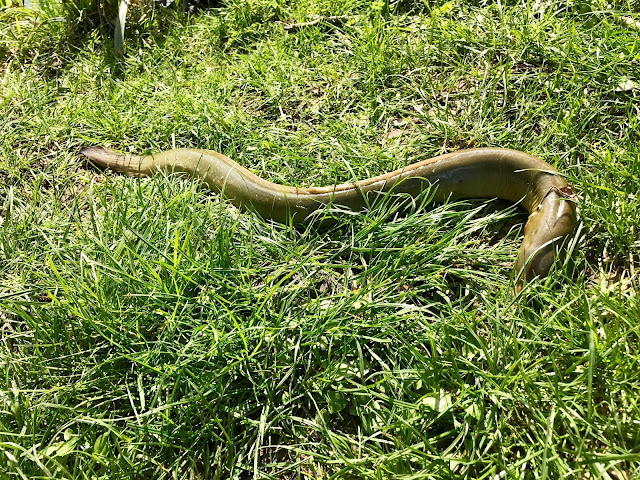 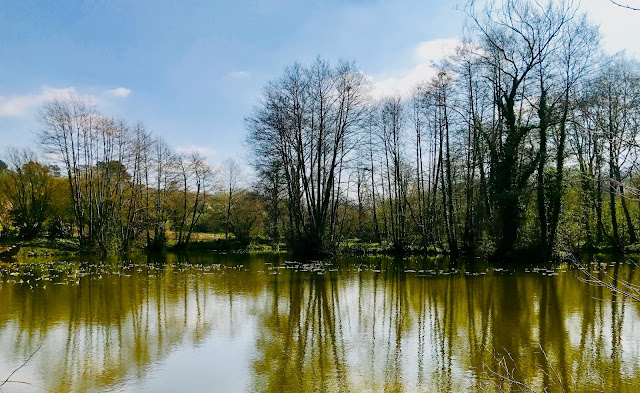 That was soon followed up by this 2lb 9oz beauty of a Perch. It was still early in the session so I felt confident more would fall to my prawn hook baits but sadly the action tailed off as quick as it had started. 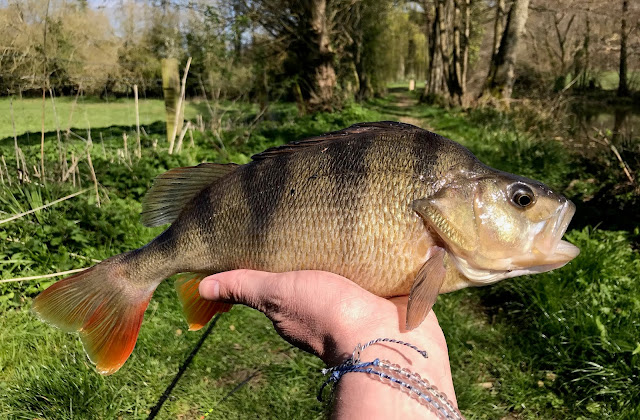 Again a session with the boy followed and he took several Roach and baby Perch on maggot. 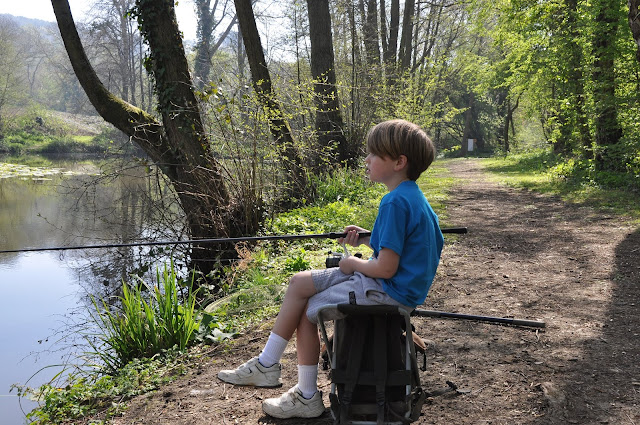 My rod remained untouched and we made an early retreat. 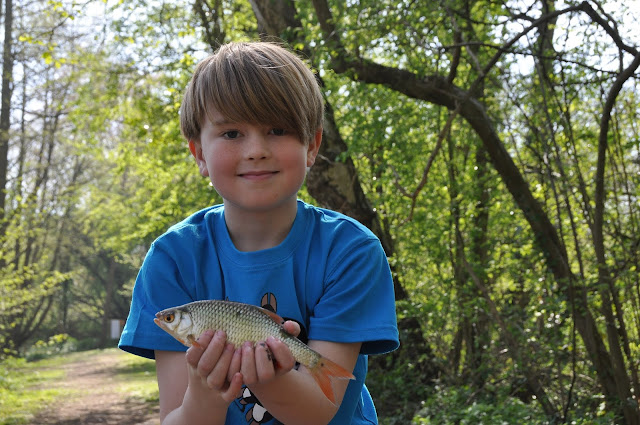 Yesterday I managed to sneak in a couple of hours before the school run. Not having much time I grabbed some dog biscuits and one rod, more in hope than expectation as I didn't fancy my chances. It wasn't sunny and not that warm but you never know I thought.
Initially it took me ages to find the fish, I don't think I even cast out for the first 45 minutes! Eventually I managed to get a few interested but they weren't exactly feeding with gusto.
Then just as the rain started I got a big surprise, the floater disappeared and I ended up attached to a powerful Carp. To be honest I gave it a lot of welly. By now it was absolutely pissing down, I was not prepared clothes-wise and this lake is weedy so I didn't want a drenching with only a lost in the weed fish to show for it. Eventually after a fantastic struggle I squeezed the fish into my not big enough landing net.
I love the colour of these fish, dark backed, long and lean, solid muscly beauties. A battered old warrior that went 21lb 9oz on the scales. Result. 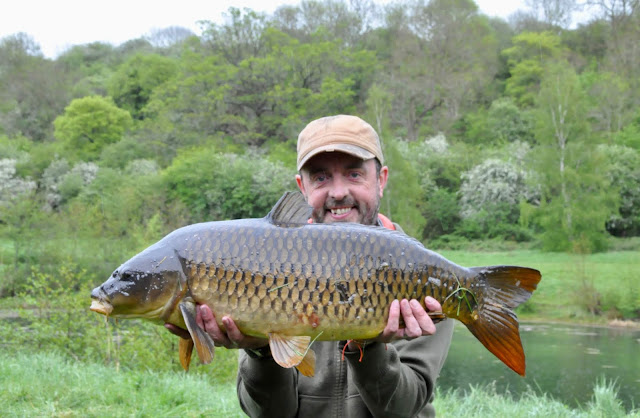 I had no time left to fish on as I needed to detour home to change. I couldn't pick the kids up looking like a drowned rat and stinking of fish-what would the scrummy mummies think!!??!