Three days later and I was back aboard the same boat, same skipper. Again we were chasing sharks and this time we would stick to our guns. 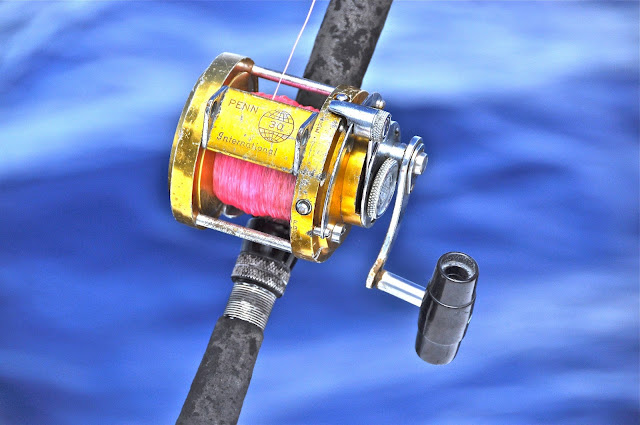 It took a while but finally we managed  to hook into one, and a good one at that. I have landed several big species in various countries but never have I been hooked up to such a determined hard fighting fish as this one. If it didn't want to move I could not shift it. 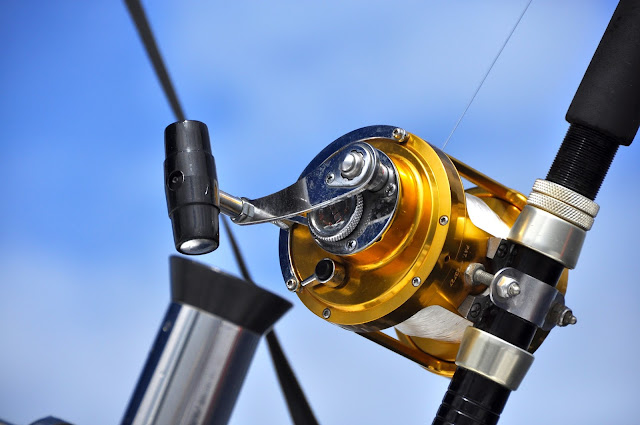 Half an hour in and my arms burnt from the lactic acid in my muscles, my fingers cramped up so much that I couldn't straighten my hand, stinging blisters appeared on my fingers and the sweat flowed from my pores. I would be lying if I said that I didn't contemplate throwing in the towel but I grit my teeth, dug deep into the last of my reserves of strength and determination and finally after what seemed like forever I won. The tail was lassoed and the shark hauled aboard. 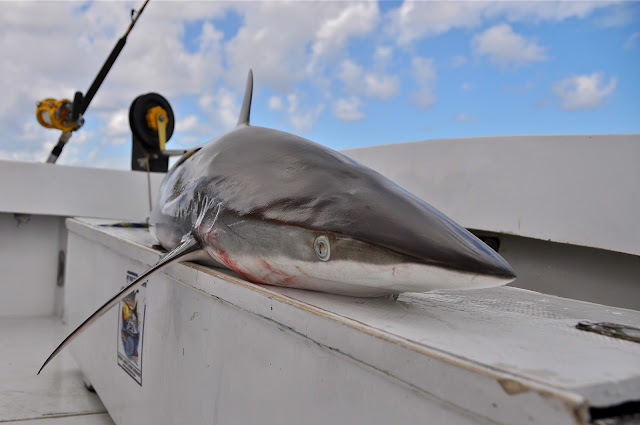 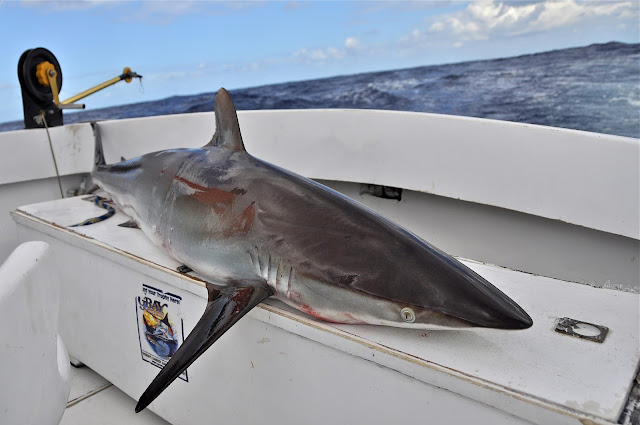 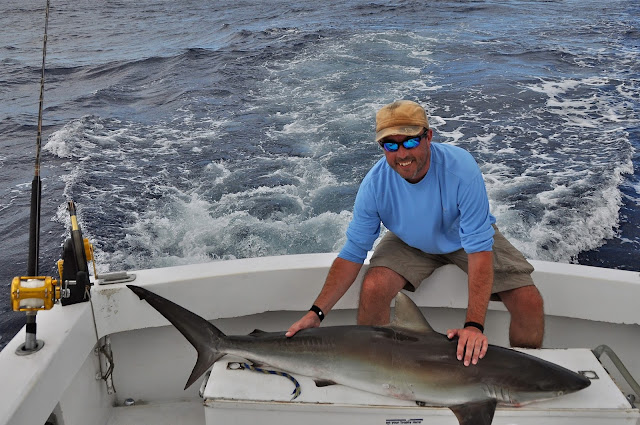 At 72 inches, approx. 120lb it wasn't the biggest ever landed but it was mine. I emptied a bottle of iced water over my head and posed in the searing heat with my prize- job done.
I informed the skipper that I didn't want another but could we fish for other stuff, jokingly I said Wahoo but within minutes I was hooked up to a Wahoo!
Blue sharks are quick but nothing like the 'Usain Bolt' of the sea. This thing stripped line off at such a rate I thought the reel might run out but thankfully the ensuing fight was not as gruesome as the shark. I got a grip and was able to deal with it more easily. Another first and another species ticked off the list. 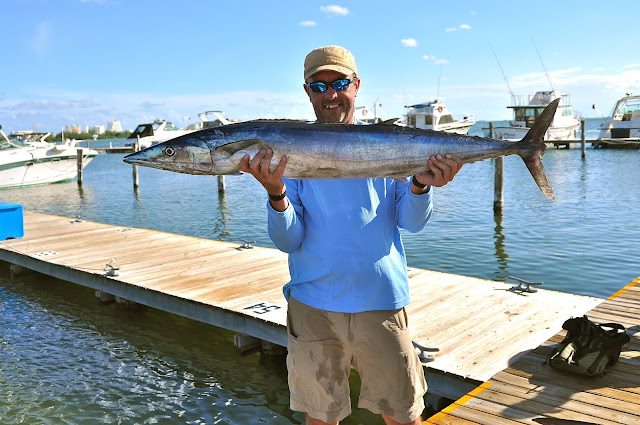 Half an hour bottom fishing resulted in two more new species, a Red Hind and a Porgy and on the way back we spotted a cruising barracuda which was obviously hungry. 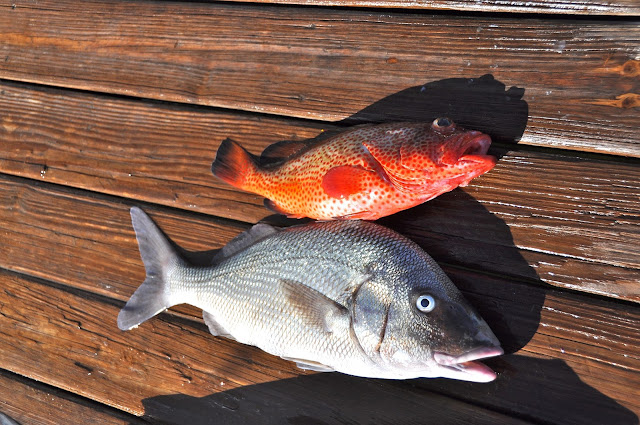 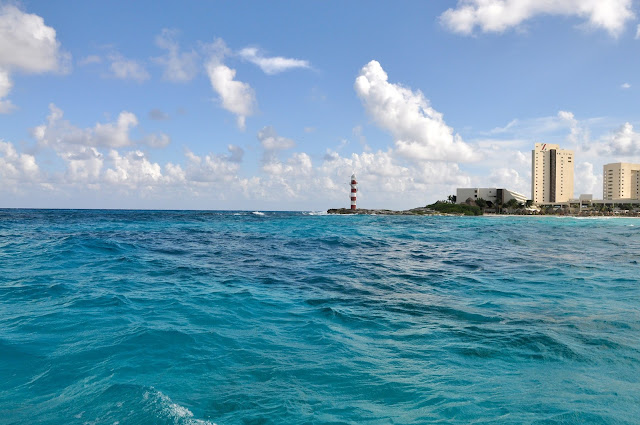 Back in Mexico (Day One)


At the end of September our business celebrated its first birthday. The hard graft is paying off and we definitely deserved a well earned break so the whole family jetted off to Mexico for twelve days.


Like last year I scoured the internet for suitable boats for a couple of days big game fishing. Always a shot in the dark but I dare not leave it until arrival in case they were fully booked.
October is possibly the worst month for fishing in Mexico, all the bill fish species are notorious by their absence however there are still plenty of bait fish and tuna about and because of that the sharks stick about also. So shark fishing it was then, with a chance of a few other species besides. 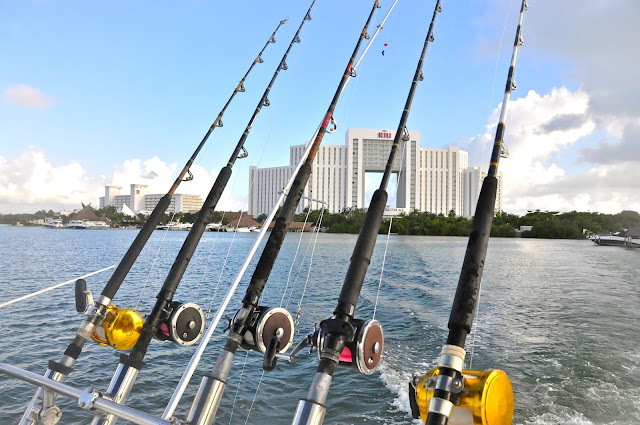 To increase our chance of action we would fish several methods at once, feathers for the Bonita, Tuna and Mackerel (all great shark baits), teasers in case a Mahi Mahi turned up and whole fish baits for Barracuda and Wahoo.
The shark baits are loaded on a down-rigger and trolled at depth but it was a surface bait that took off first and within minutes I landed a personal best barracuda. 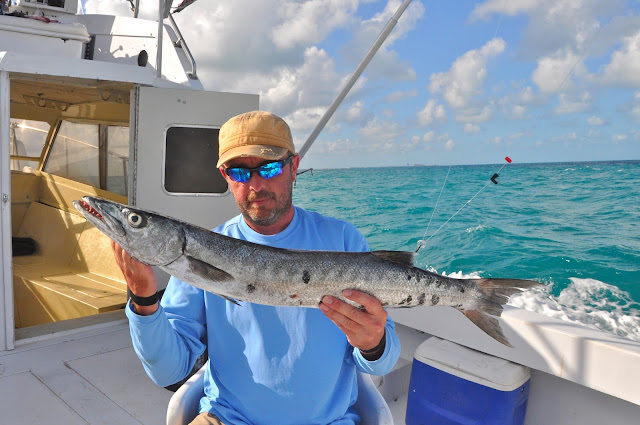 Bonito and tuna followed but the sharks remained elusive. Several hours of inactivity forced us to ring the changes. We fashioned up some tuna steaks and bottom fished over rough ground for only a few minutes. In that short period of time I landed two stunning trigger fish and my very first Amberjack. 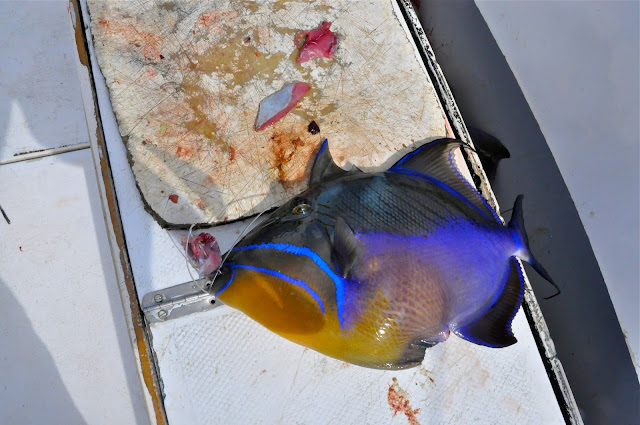 Back trolling we managed one shark bite which resulted in a bitten through leader and a 'merde' from the captain-didn't need a translator for that snippet of Spanish!
However we did catch one more fish, the highlight of the day for me, another first and a fish that has been on my bucket list for years but I have ignored in favour of bigger fish. Shame on me as there can be no fish more stunning. 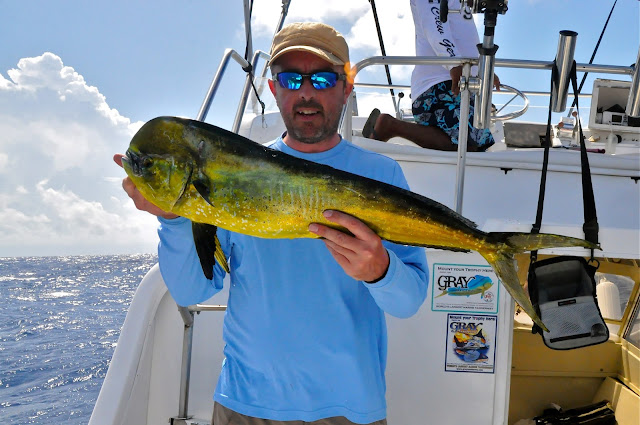 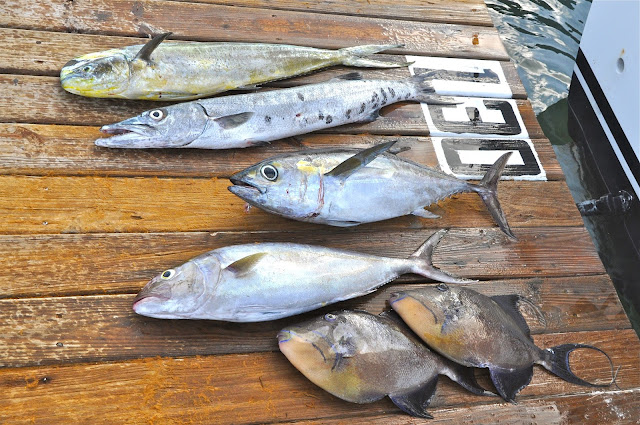 Posted by Joe Chatterton at 11:05 No comments: