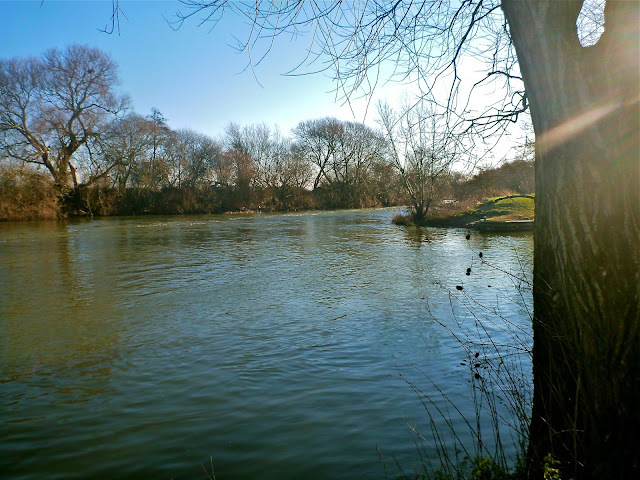 The sun was shining and with the river back to its beautiful Winter best, I just had to sneak off for a couple of hours Chubbing. I grabbed some smelly cheese paste from the freezer and headed to a banker swim for Chub. With only two hours at my disposal this was not a session for exploring, just a chance to get a bend in the rod and fix the itch.
The ever faithful Chub didn't let me down. The bites were quite finicky but once I had worked out that I was not going to get big twangs and pulls I managed to hit a few fish. No monsters landed but some good fun in the resplendent Winter sunshine. 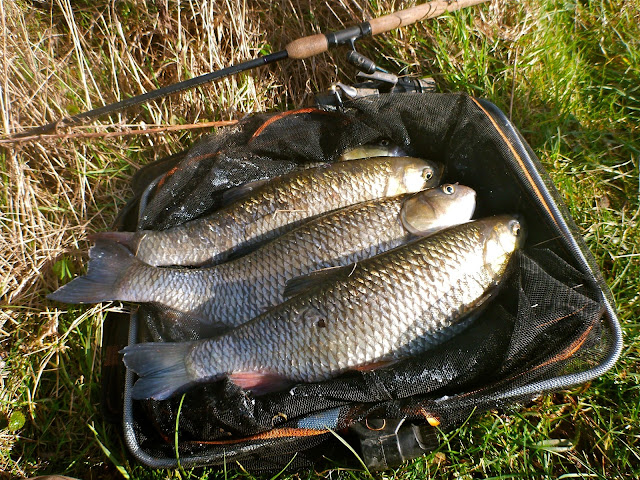 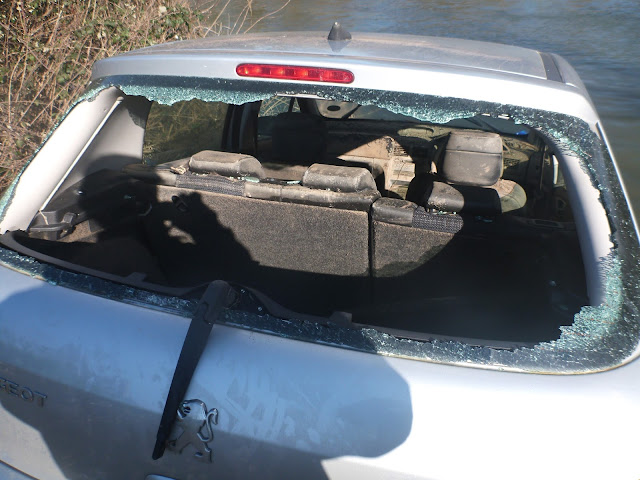 Car update: It is still there and is looking pretty sorry for itself, the floods have not done it any favours!! 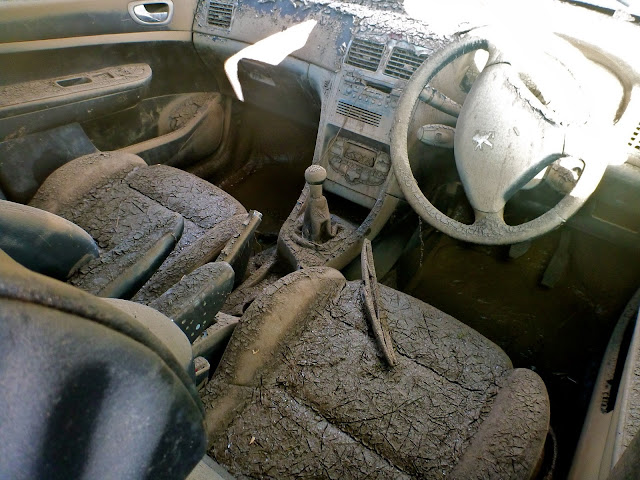 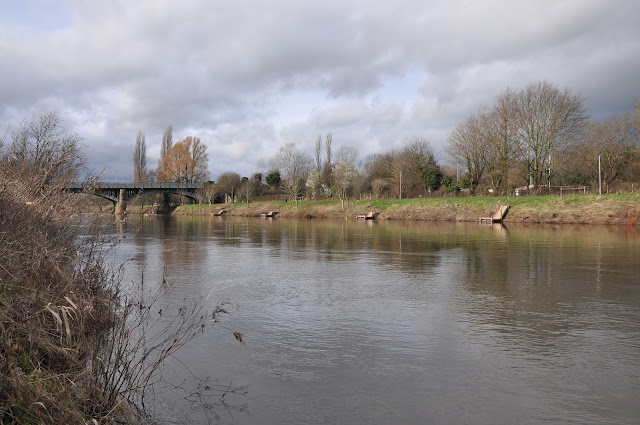 A day spent trotting for Roach on the glorious River Wye was an opportunity I was not going to pass up. The river was perfect having a few extra feet on, lovely colour and had been fairly settled for a few days. 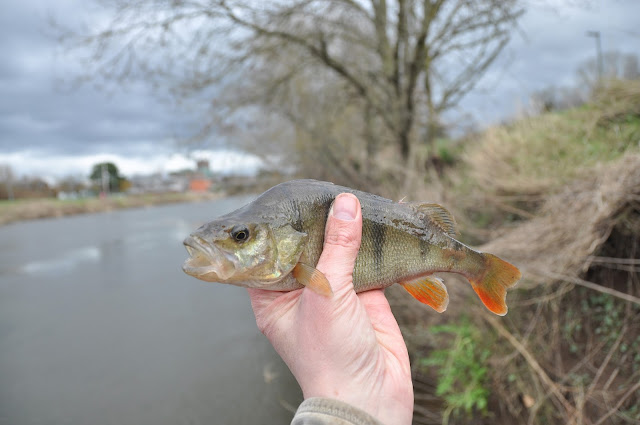 The day started well with some lovely Perch, Roach and Dace finding the maggots irresistible but then the Bleak moved in in their thousands and absolutely mullered every grub thrown their way. 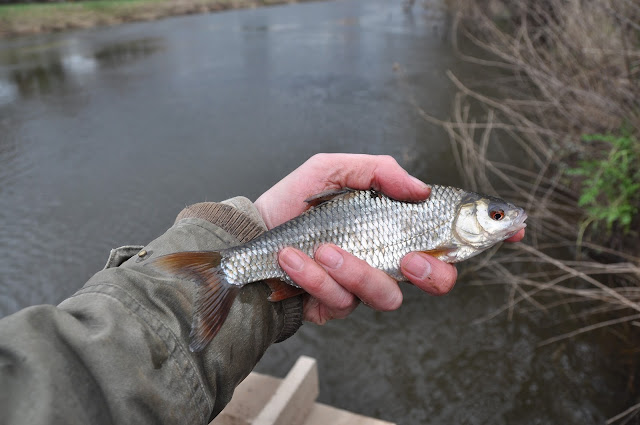 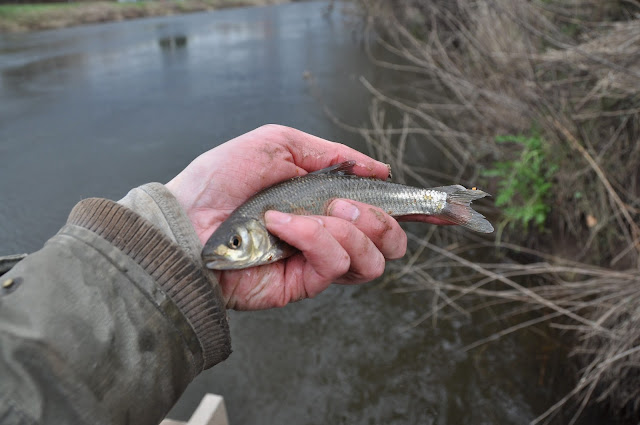 It was time for a move downstream. Thankfully the Bleak didn't follow and we were able to catch more quality Roach of about a pound, some small Chub and some more Perch. 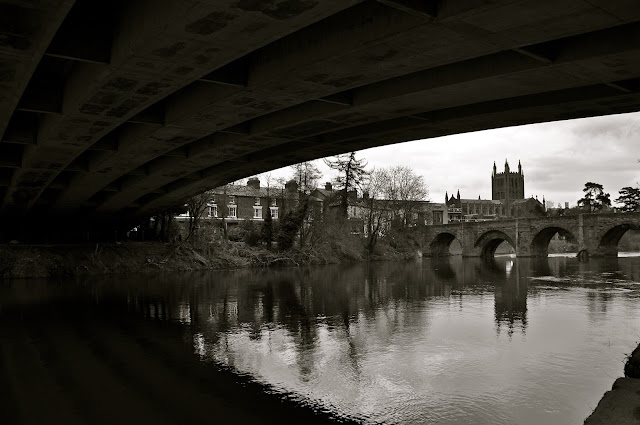 It was such a pleasure to fish this stunning fish-filled river, I just hope I get to return soon! 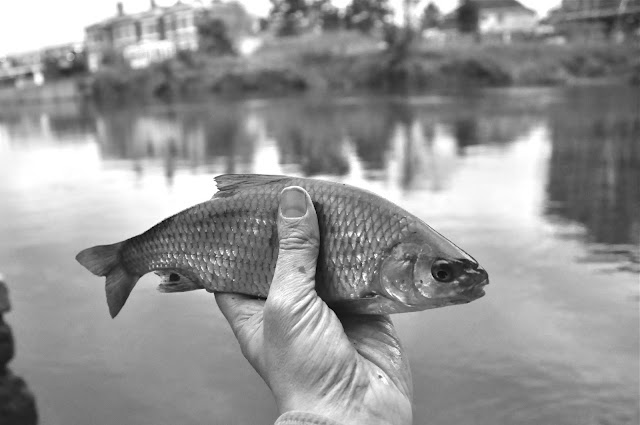 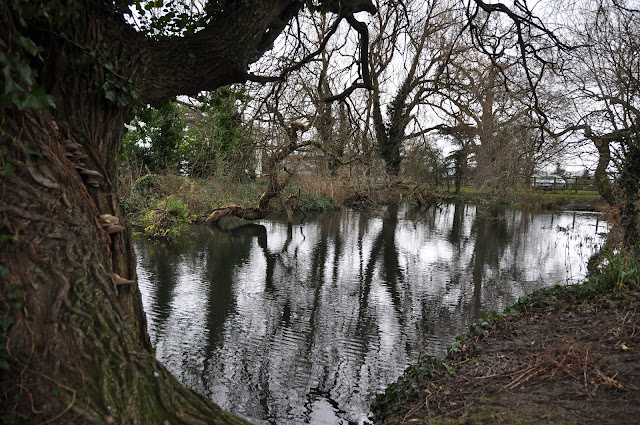 A village pond that is free fishing and has reliable rumours of 4lb perch residing in it. That is something that needs to be investigated and finally I managed to take a few hours away from the business (which is going a bit too well!) and paid a visit. Located in beautiful Cotswold countryside the pond is gin clear telling me that few Carp live there and there was plenty of small fish activity meaning a plentiful supply of food for any marauding big Perch. Good signs.
There are loads of snags to hide in including a fallen Willow that had been down for a long time.
Having not had chance to visit the tackle shop my only bait choice was some prawns from the freezer. As Martin pointed out via text the Perch would not have seen these before so worm may have been a better bet but I gave them my best shot anyway.
Sadly I think Martin was right (but don't tell him!!) The bait remained untouched. A Carp leapt clean out of the water near the fallen tree and out of desperation for a pull on my string I chucked a Prawn in the direction of the disturbance. Within minutes the float slid sideways slightly and I struck, more in desperation than hope. Surprisingly I was attached to a fish. It was dangerously close to the snags and used all its power to try and reach them. I gave it everything I had on four pound line and my light float rod and thankfully I won. 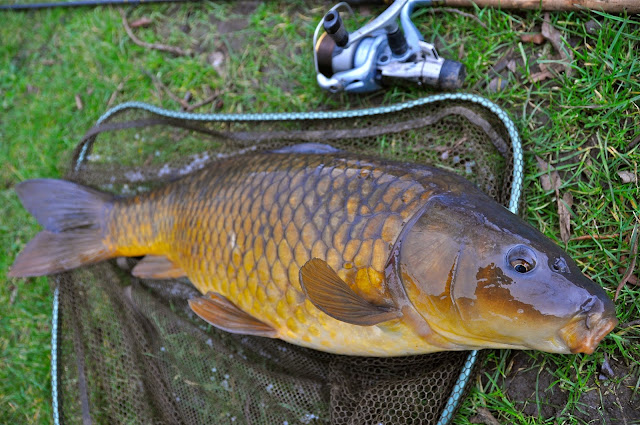 There was no need to put a weight on such a fish, just admire its beauty quickly and release it back to its watery home. I am not a fan of Carp fishing unless they are stunning, barely fished for and rarely caught stunners like the one above, those I could get used to.
I'll be back and the next visit I will be worm-armed.
Posted by Joe Chatterton at 21:51 10 comments: