Back to Running Water 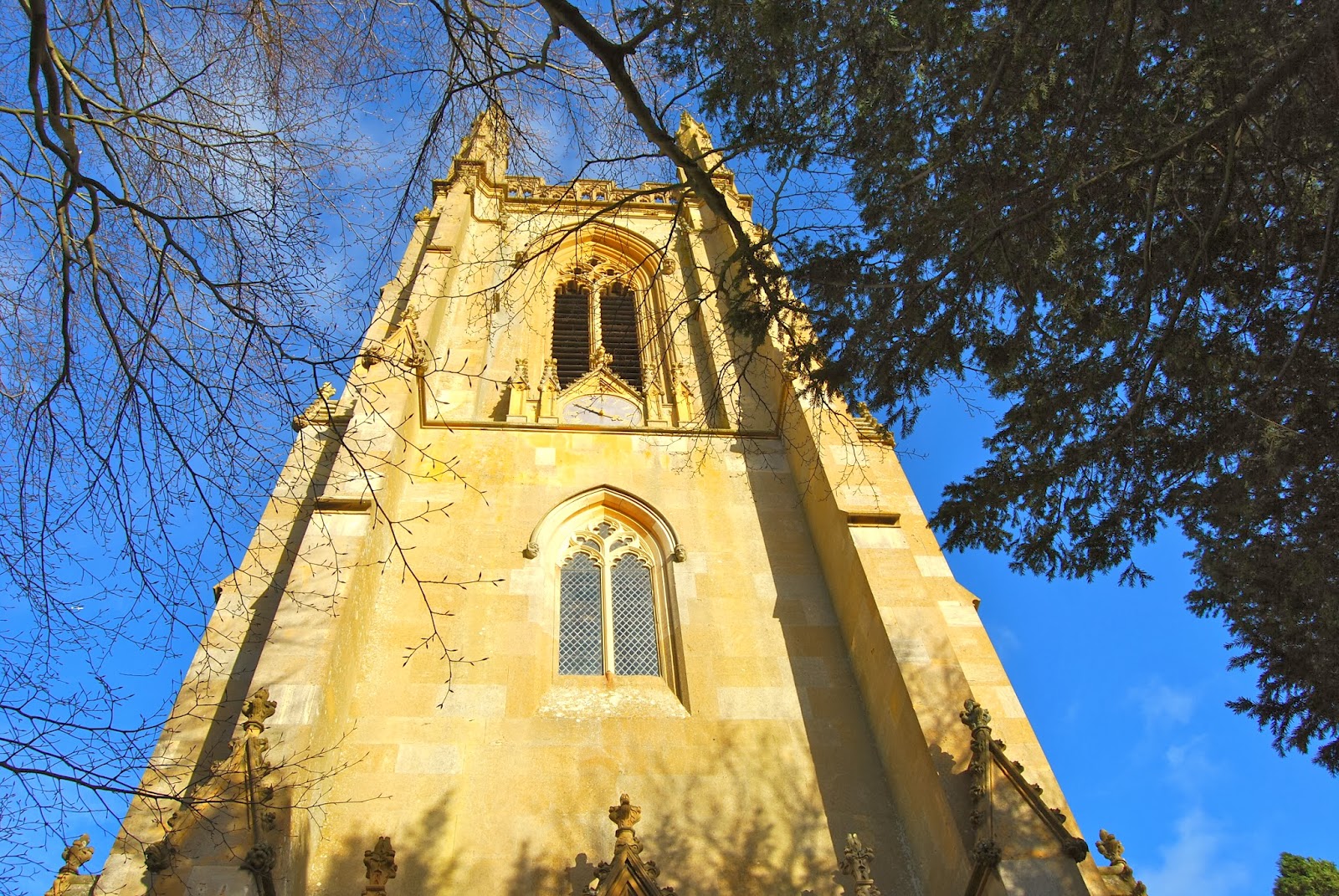 Lovely to back on the river again after the recent deluges. I arrived early at this new( to me ) stretch of the Avon so took advantage of the sunshine to take a few photos of the local church while I waited for Martin. The river is still running a touch high but nothing compared to recent weeks. Our plan was to  fish the last hour of daylight and the first hour of night in the hope that the Barbel would come out to play but with hindsight we should have realised that the low overnight temperatures would have put paid to our chances of catching. 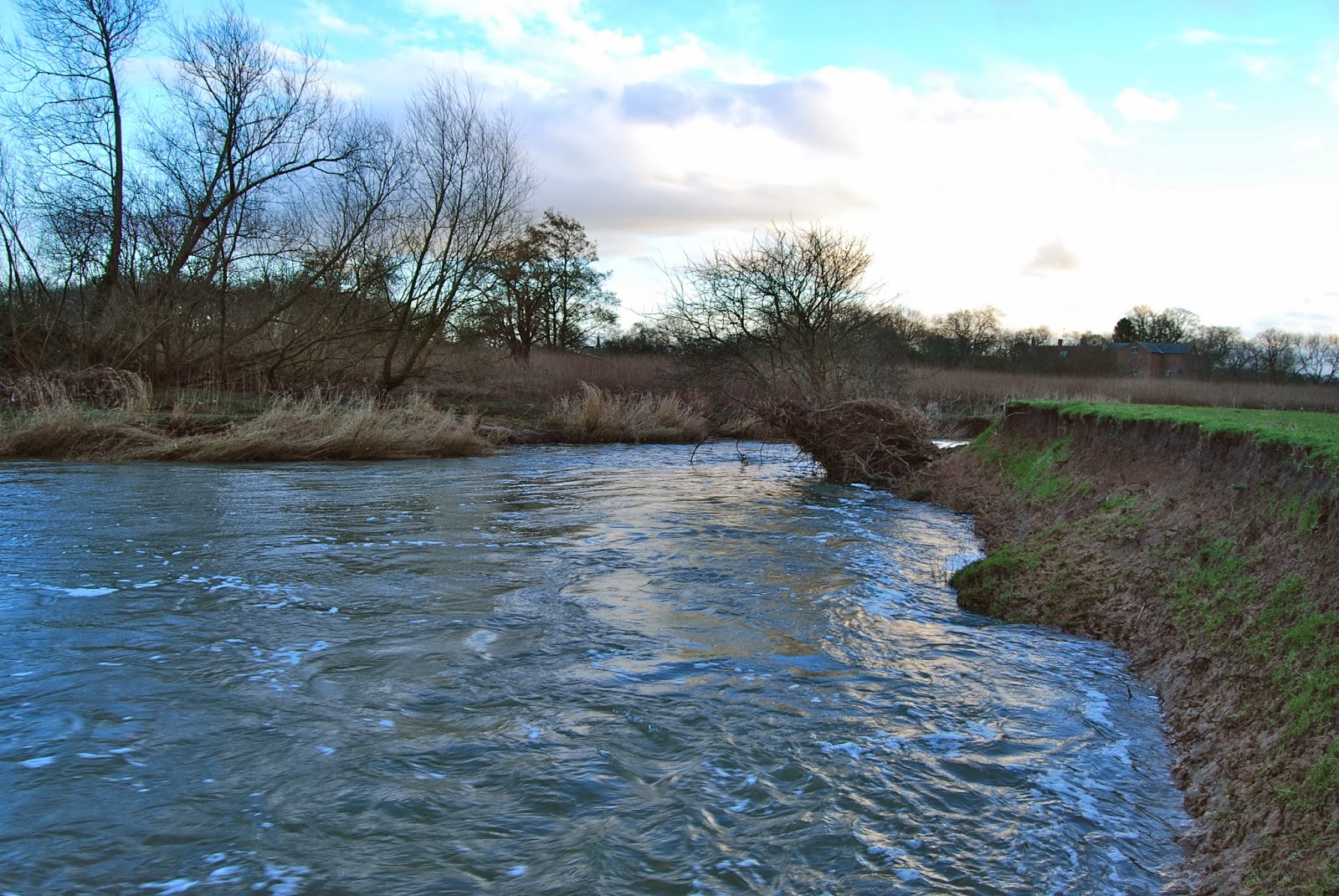 I hedged my bets though by putting cheese paste in my bag and it worked as I landed the only fish of the session, a Chub of about three pounds. When the cold wind started to get to into our bones we retired to the pub for warmth. 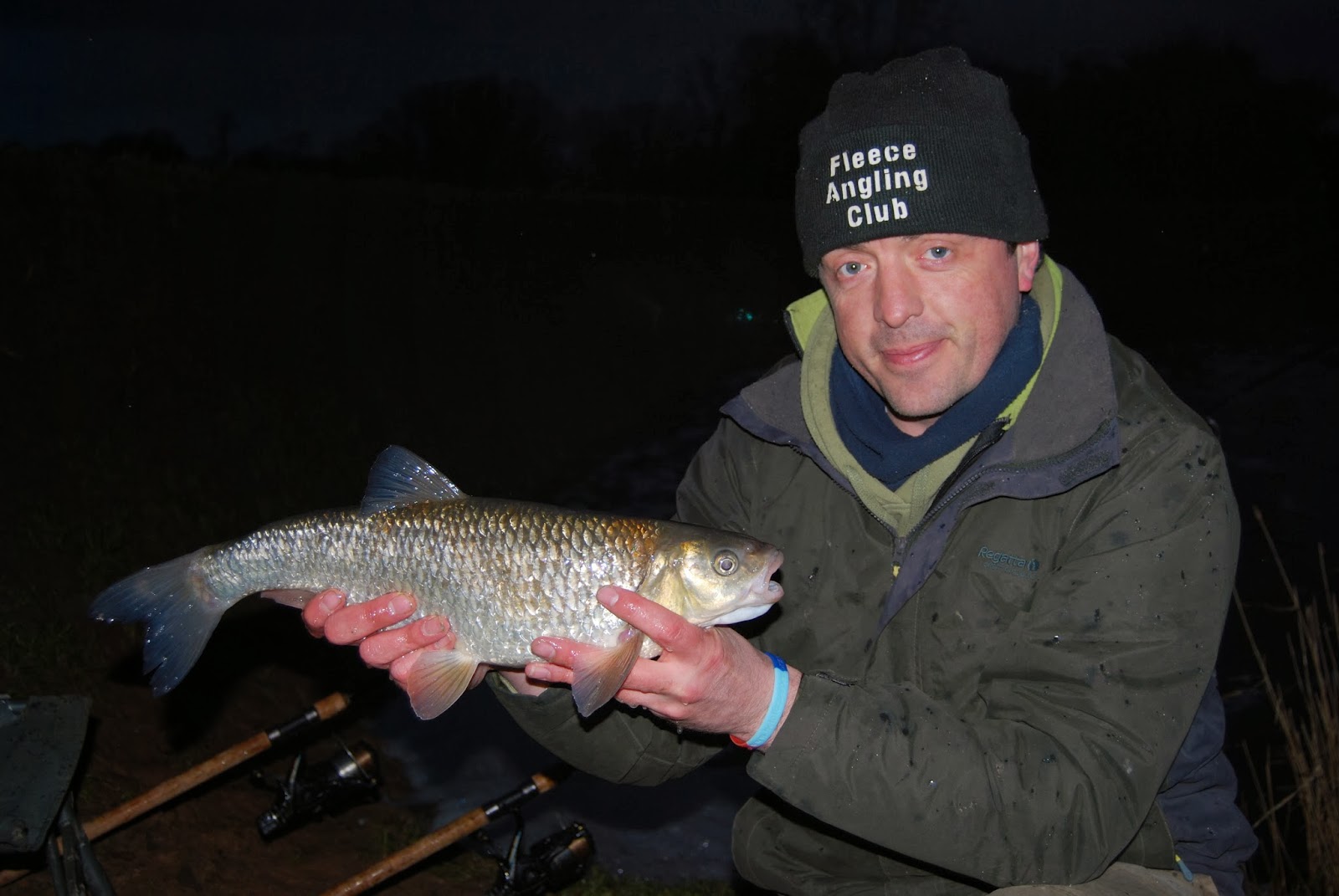 Posted by Joe Chatterton at 17:18 No comments: Links to this post

Venue choice has been severely limited this Winter with the horrendous weather we have endured seeming to last for weeks. The rivers remain flooded so Martin and I decided to try somewhere new, Bishops bowl lakes in Warwickshire.
Bishops bowl fishery is a collection of lakes created from a former limestone quarry that has been allowed to naturally flood. It is home to all manner of species, Tench, Bream, Carp and today's target Pike. Whilst I have caught plenty of Pike in the past I have never really targeted them in still water before so a new challenge lay ahead.

It was an unusually bright sunny start to the day but we were still forced to endure gale force winds. Our swim choice boiled down to finding a sheltered area rather than using an watercraft. We knew that the far side of the lake would probably give us more chance of fish but I did not fancy facing head on into a hurricane. Tactics for me were simple, dead baits legered in the margins.

My favourite bait bar none for Pike is Roach and I prefer the smaller ones. They are so simple to fish coupled with a single hook attached to the compulsory wire trace. A low resistance rig ring attached to the lead via a 'rotten bottom' finishes the set up. A smaller bait seems to be attacked with more speed and ferocity so an early strike is a must to avoid deep hooking and by not using trebles unhooking the fish is easy. I also like plenty of smell in the water to attract old Esox and with the smaller Roach packs there are plenty of baits so a few can be chopped up and loose fed in the vicinity of the hookbait.
On the second rod I used various sea baits including Mackerel and Herring just in case the Pike fancied something a bit different.

The first couple of hours passed without incident and then the rain arrived, as forecast.
Perhaps the low light switched on the fish as I had a screaming run on the Roach rod just as I was beginning to think I might blank. I set the hook, which connected and after a pretty uneventful fight I landed my first ever still water Pike, a long but lean fish weighing just below double figures at 9lb 12oz.

The rain finally ceased and gave way to yet more brilliant sunshine and with that the fishing seemed to switch off. I had to leave early afternoon due to family commitments but vowed to return for more. 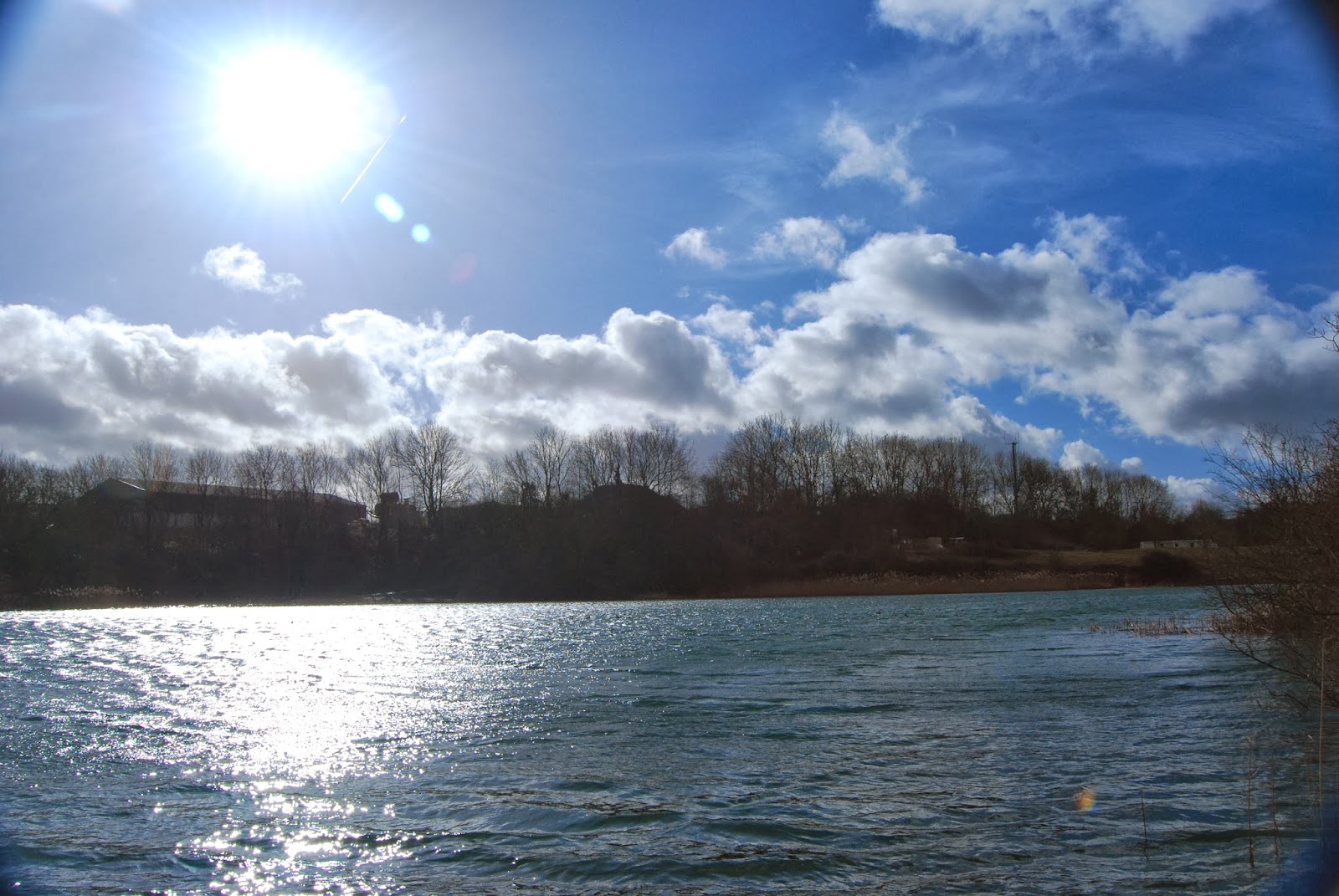 Posted by Joe Chatterton at 22:57 No comments: Links to this post

Email ThisBlogThis!Share to TwitterShare to FacebookShare to Pinterest
Labels: Pike 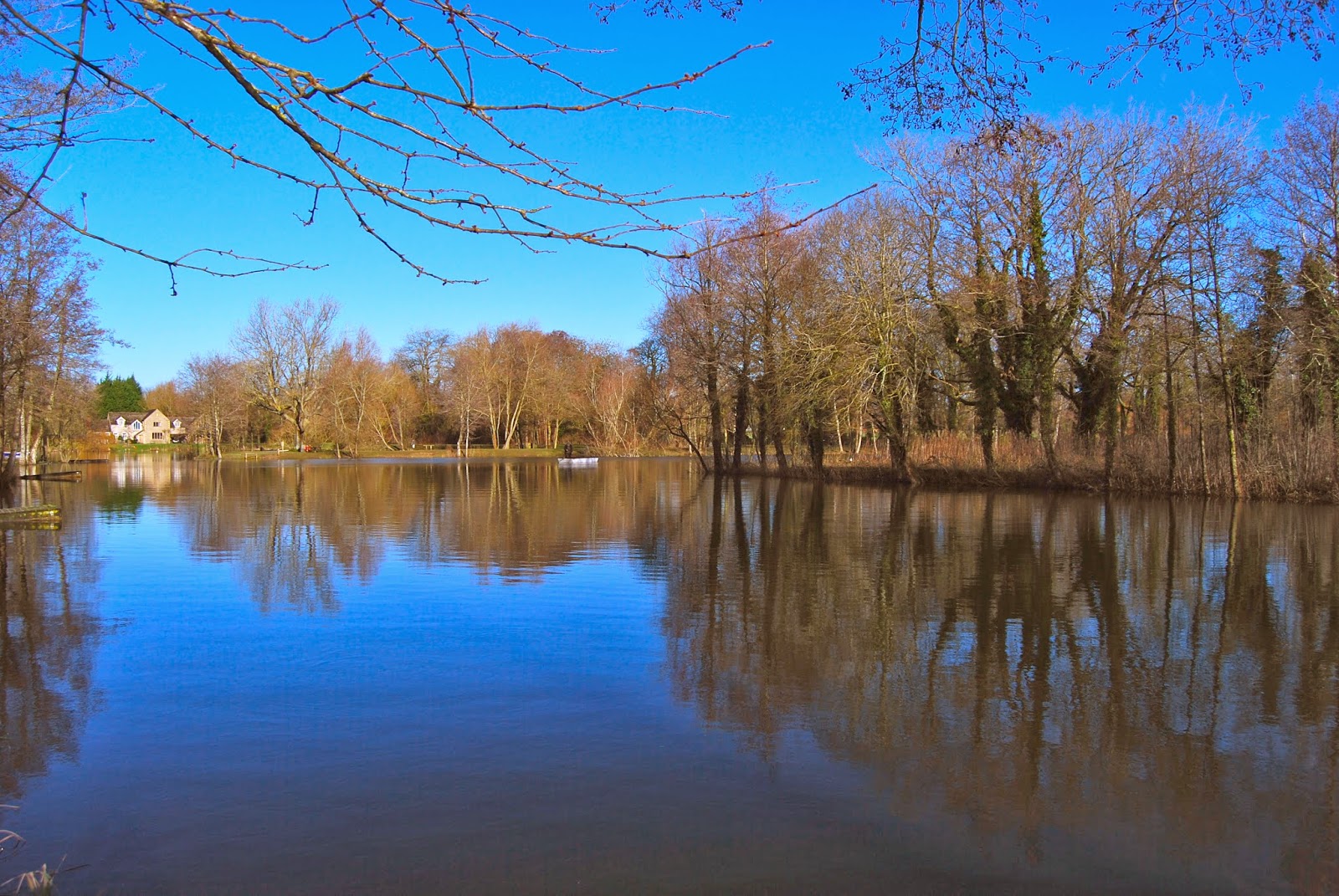 A beautiful Winter's day finally, great for photos but rubbish for fishing, well it was for me anyway. I recently invested in some filters for my camera and have also taught myself how to take photos not on auto mode. Highly confusing at first, ISOs, f-numbers, shutter speed, aperture etc but I think I am getting there slowly. Pretty pleased with today's results. 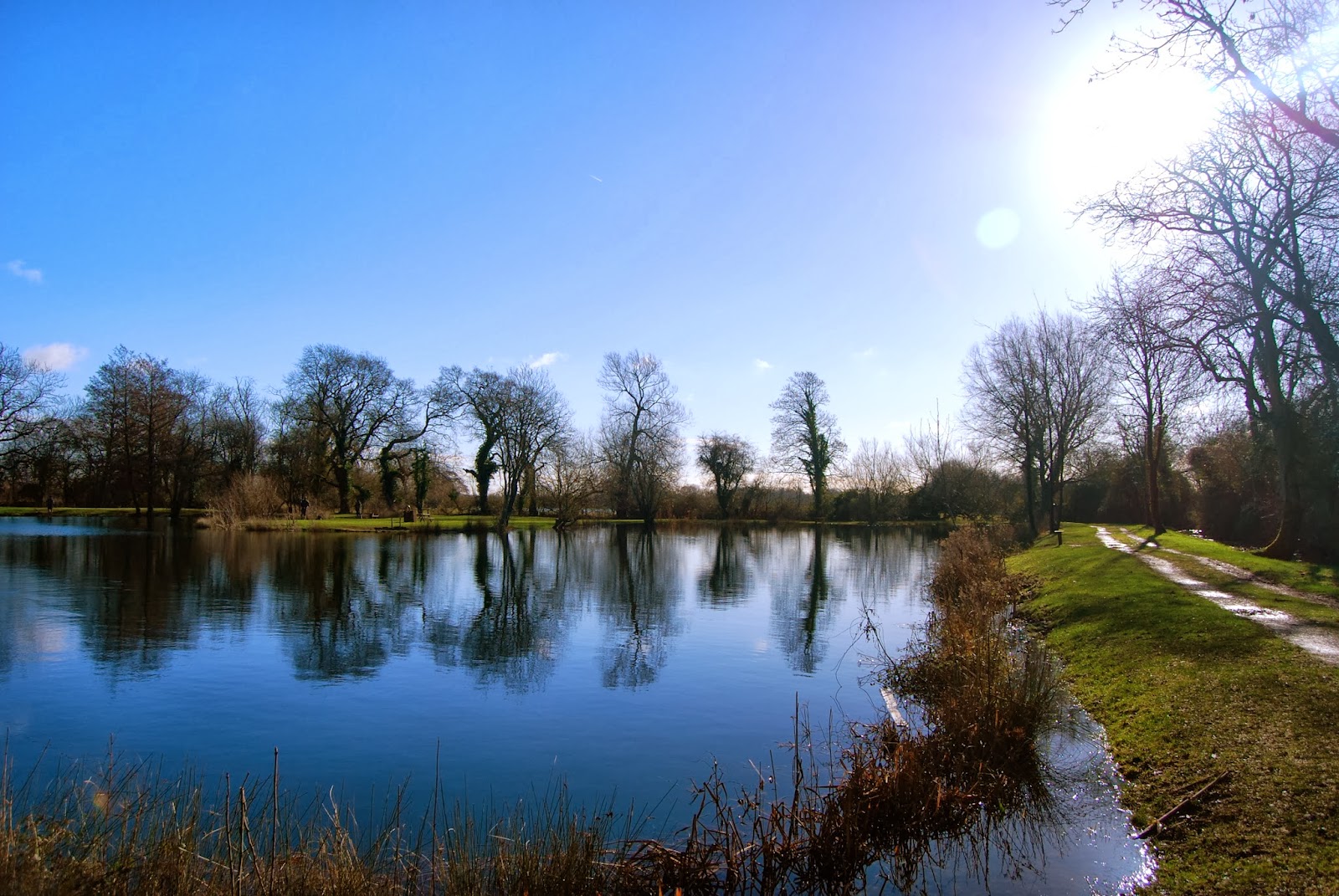 I spent the day at Lechlade Trout fishery, would have loved to have been back on the river but the rain is still incessant, great to see some sunshine but it won't last. 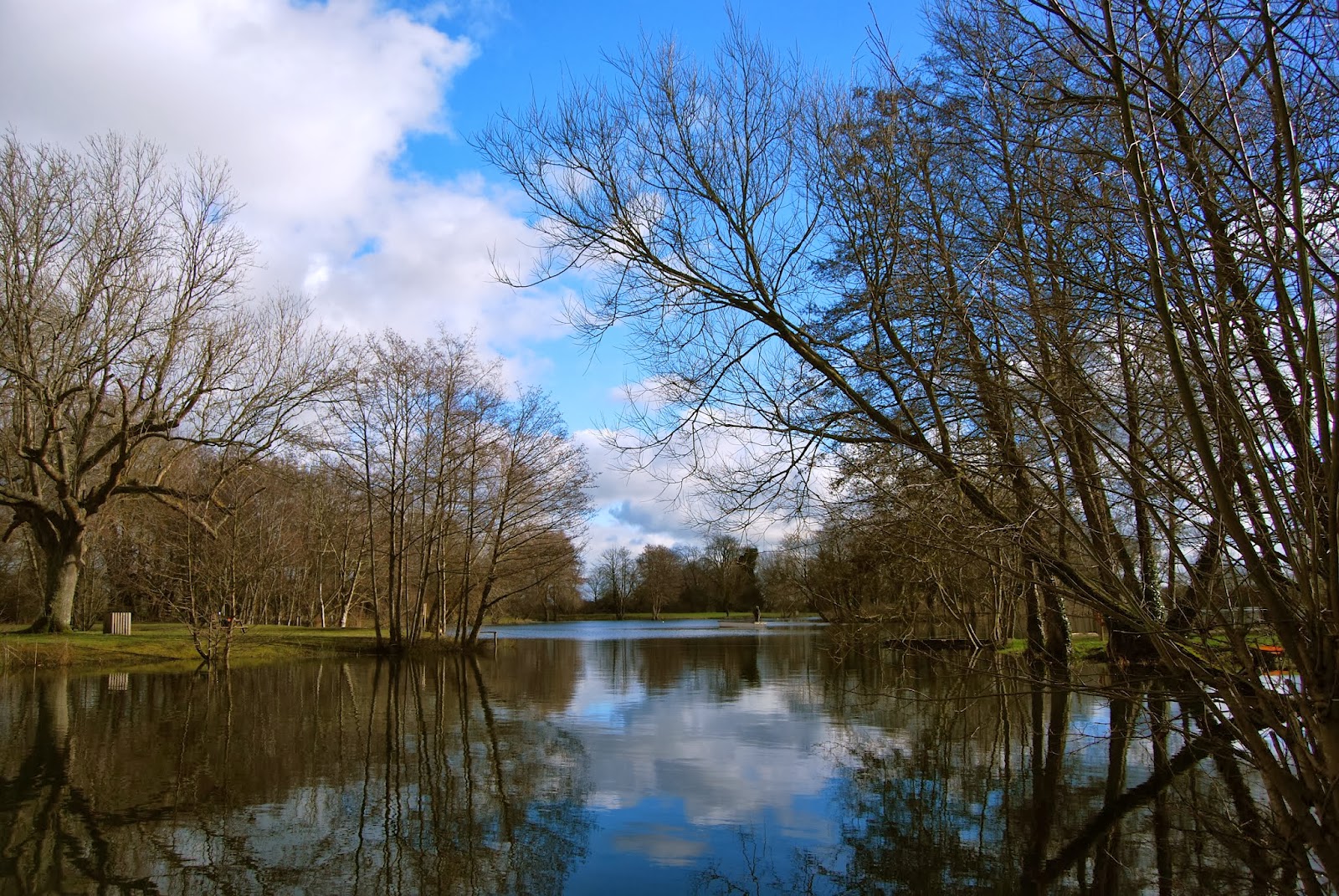 I tried all sorts of flies, varied the retrieve and depth and cast into lots of different areas but I could not muster a single take. I am not complaining though it was just lovely to be out in the countryside and a ride out though the Cotswolds is always a pleasure. 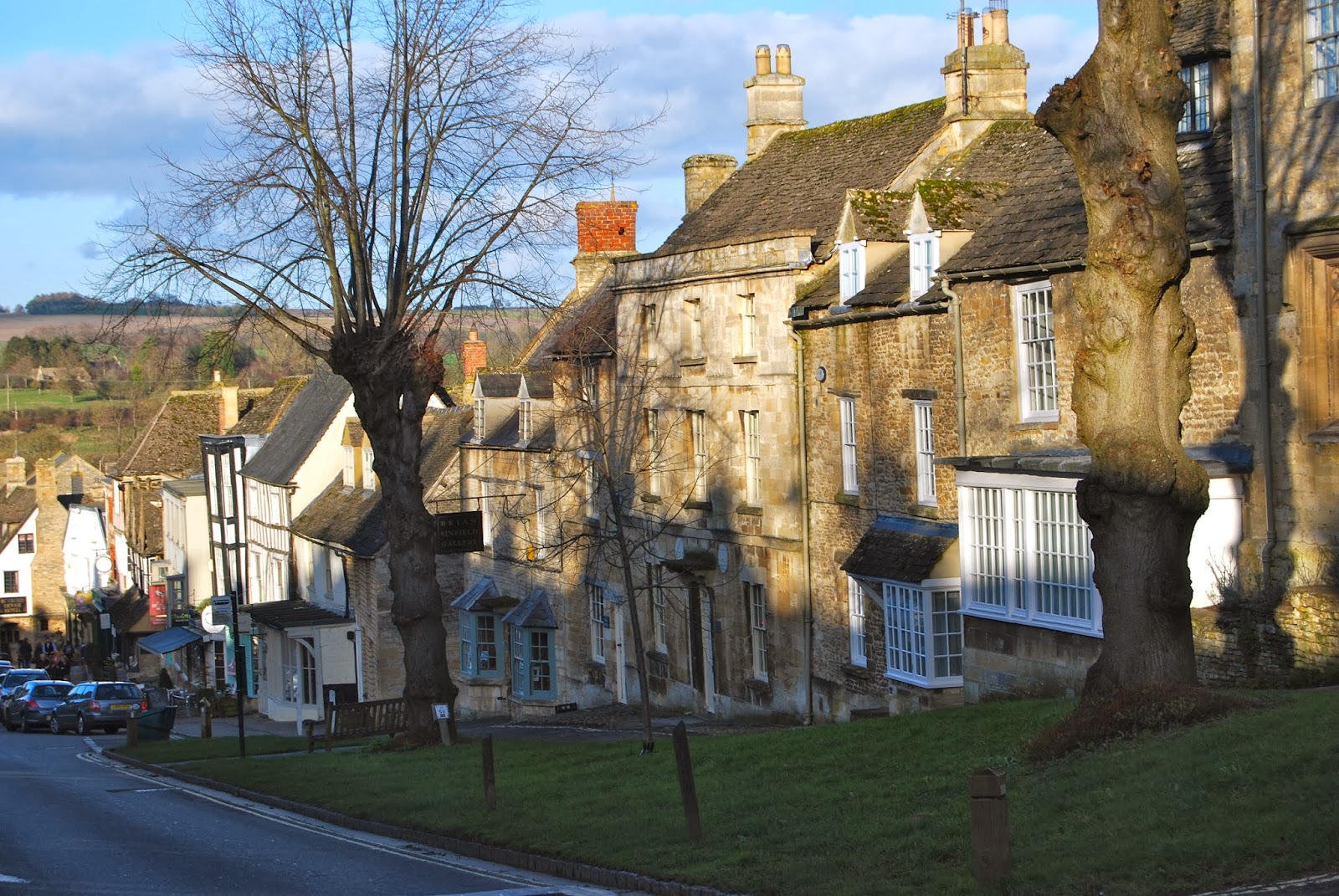 Burford(above) and Broadway Tower(below), a couple of jewels of the Cotswolds. 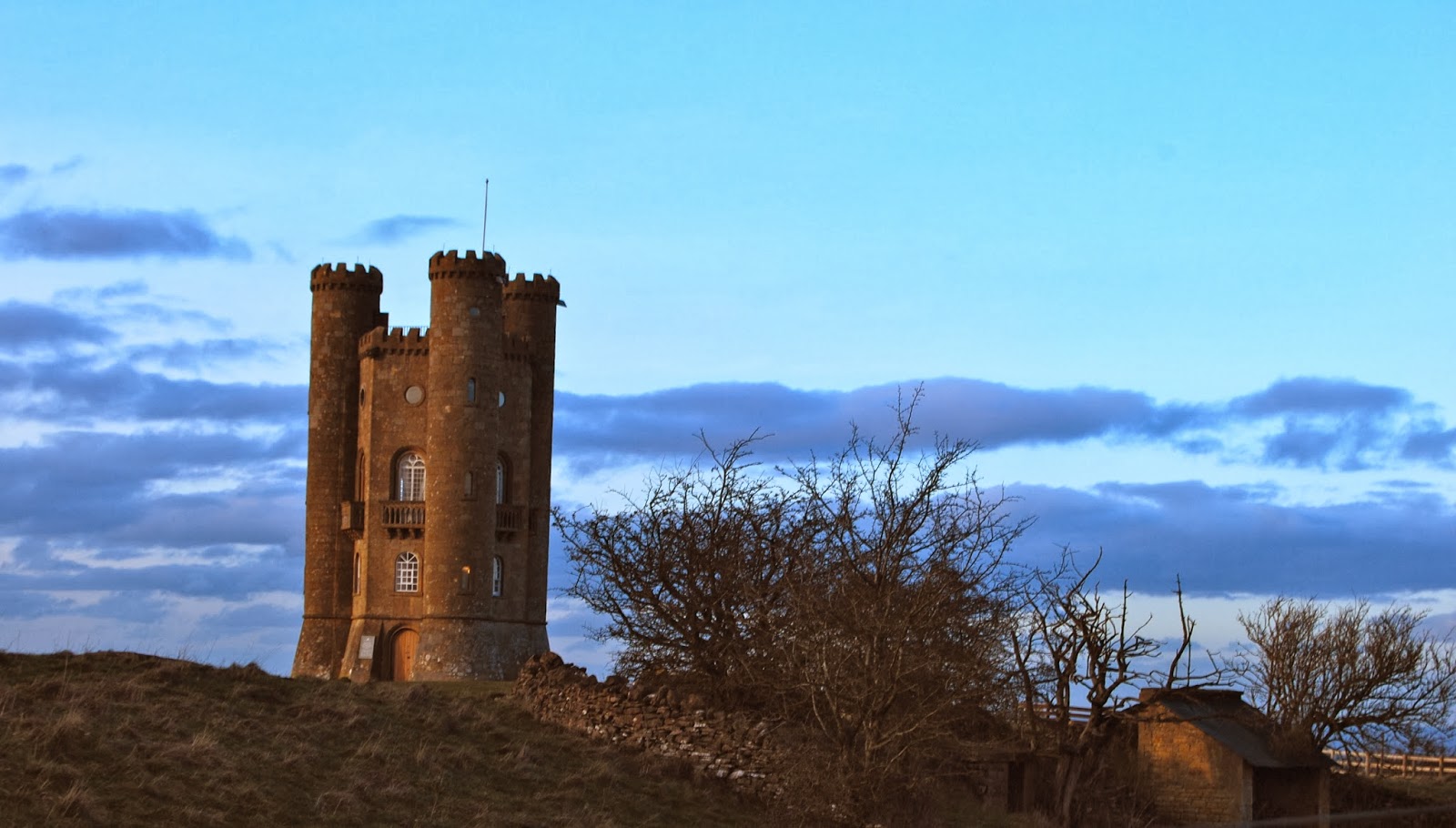 Posted by Joe Chatterton at 22:38 2 comments: Links to this post