Summer Catch Up, a Lying Camera and a Sharky Finale 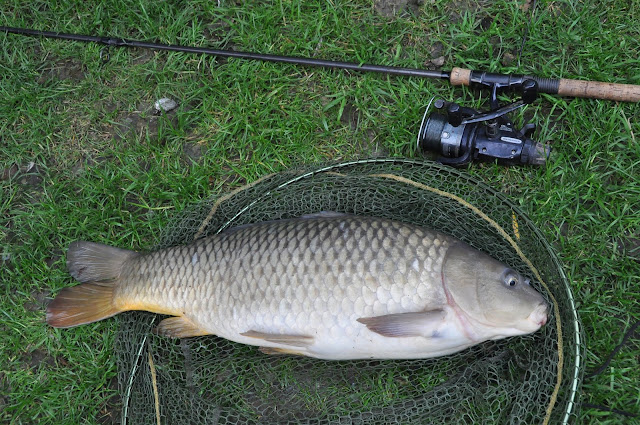 From now on my blog is going to be a catch-up series of posts and will be roughly season by season. I simply do not have the time to run a business, bring up three children and fish anything more than two-three hour sessions which on their own do not make up a blog post. So here is my summer catch-up:
Having spent the close season catching Carp off the surface I had one last try. It wasn't easy on a chilly evening to find the fish but late on I located a few and persuaded one to nail my mixer hook bait offering. A spirited fight followed but I emerged victorious and landed the 14lb common above. 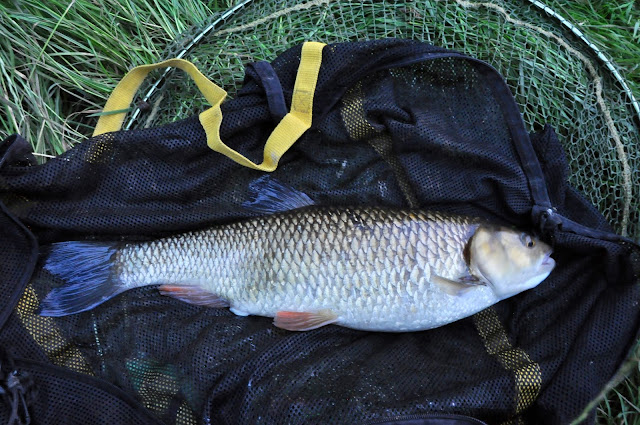 The majority of the summer has been spent by the river, short evening sessions as and when. The Barbel fishing has been quite difficult but the Chub have usually obliged when the Barbel haven't played ball. 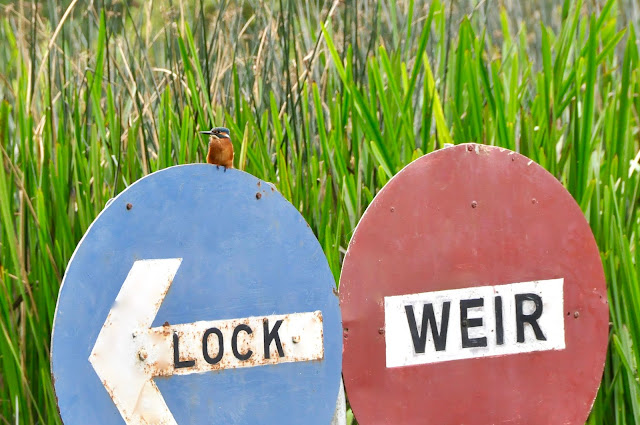 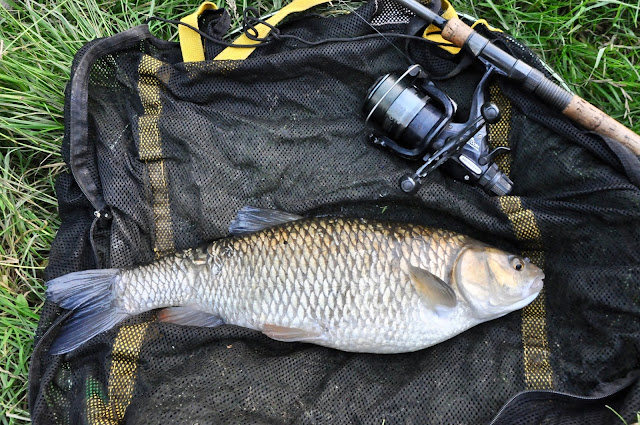 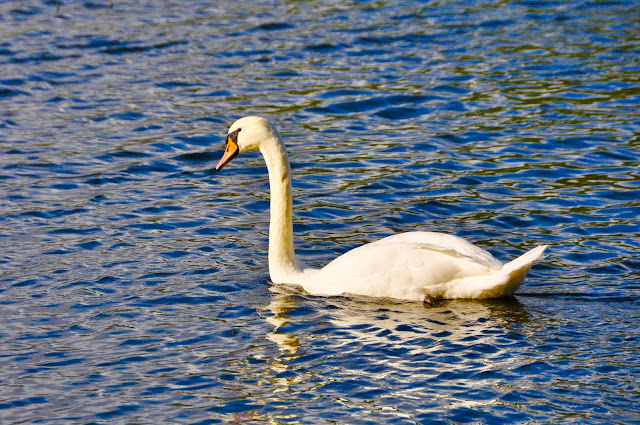 The Barbel I have landed have been good specimen and mostly caught when the river has had some colour in it. The old adage the camera never lies does not apply to fishing. I have attached the weights to the photos of the three fish below and you will just have to take my word on it. Trust me I am a fisherman and an estate agent!!

As I said photos can be deceptive. I never discredit any fishes weight online as some internet trolls do in rages of jealously, it is impossible to tell the weight of a fish from the photo.

The 11lb-er came on a session with Andy on the Avon.
Some of my favourite photo captures are of the battles we anglers enjoy with one such picture of a hooked mullet being published on the cover of a magazine. So when Andy shouted that he had hooked a good fish, I grabbed the camera to snap the fight in the glorious sunshine. 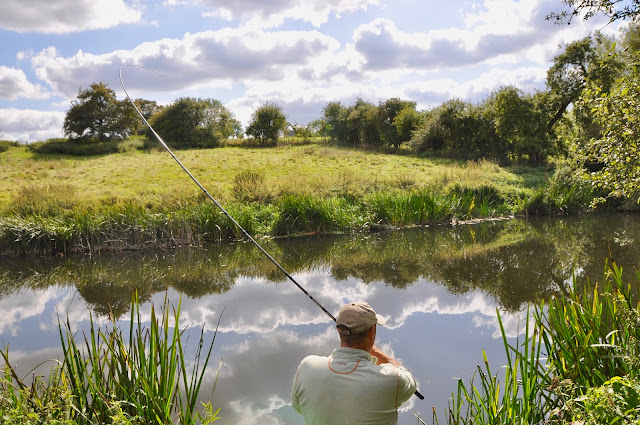 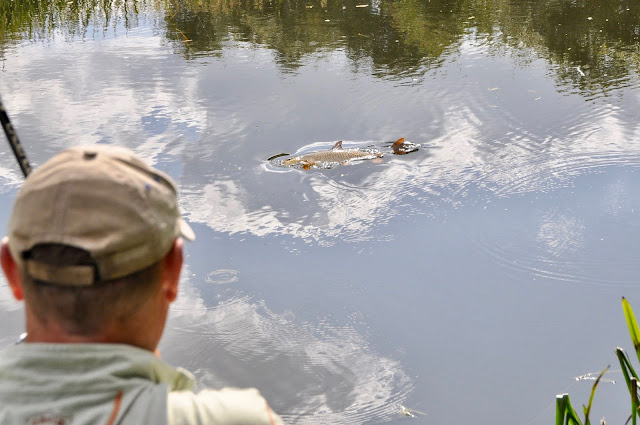 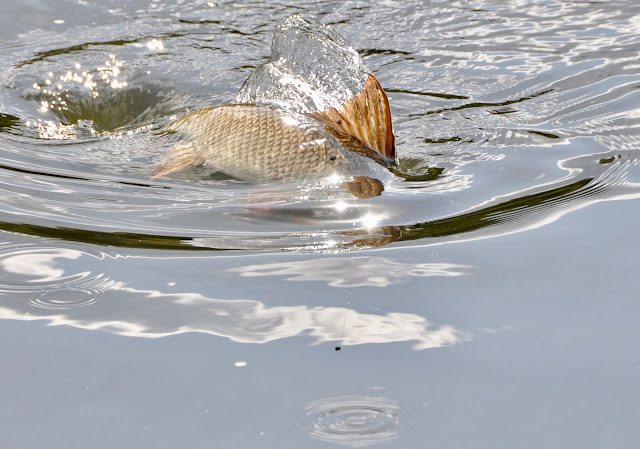 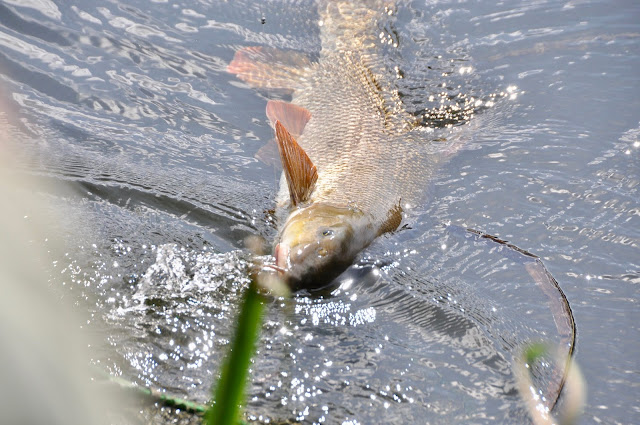 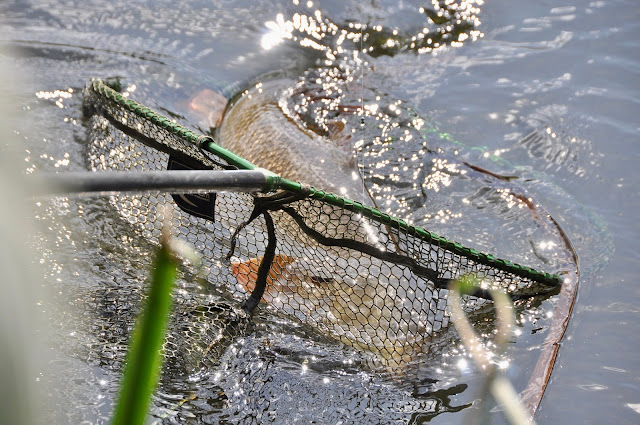 And the happy victor. Pictures do paint a thousand words. 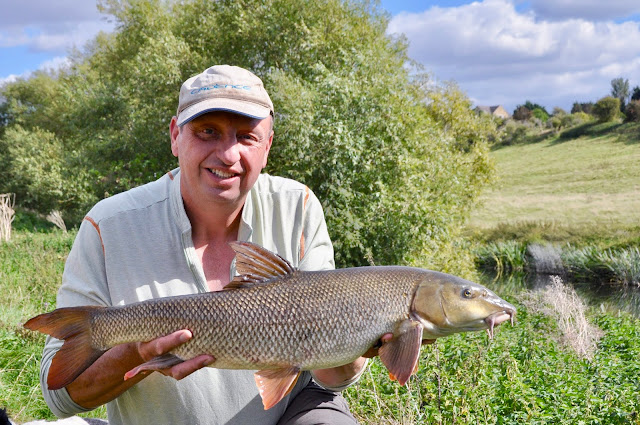 The end of the summer was as always our annual Shark trip to Plymouth.
An absolute highlight every year in our calendar and Nathan and I landed five sharks in total, all blue to a biggest of 95lb. Friday the 13th wasn't unlucky for us!! 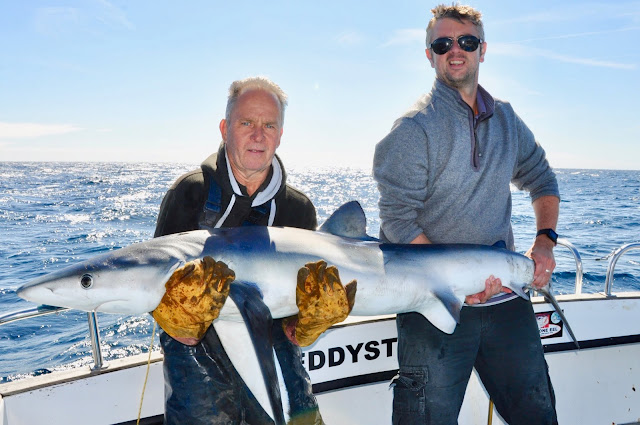 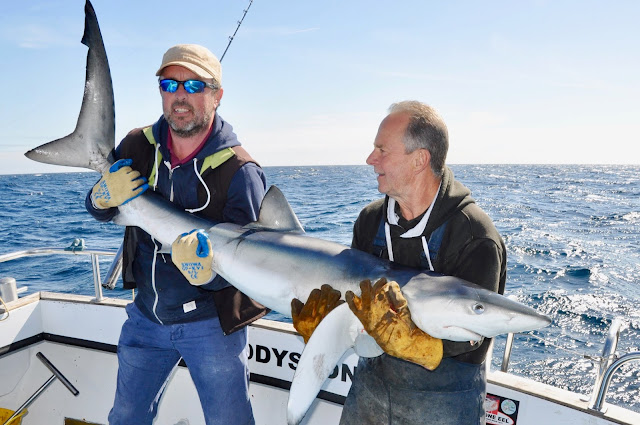